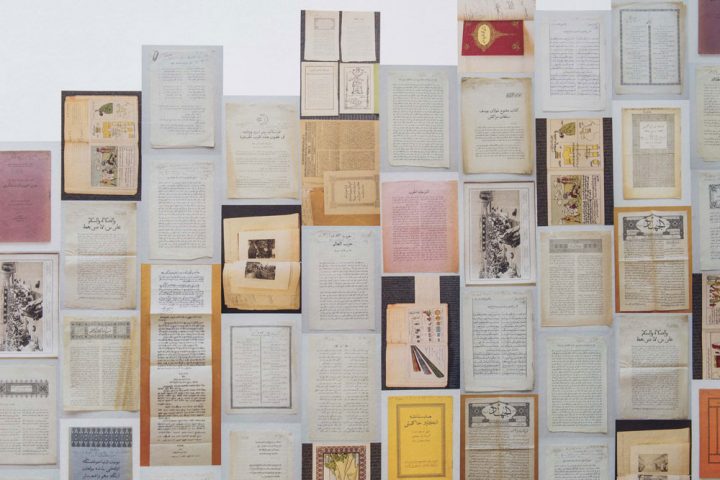 The First World War and The Middle East
Or: From Halfmoon Camp to Reception Camp
Sun, Nov 13, 2016, 7 pm

At the close of Digging Deep, Crossing Far_ 3rd Encounter: Berlin we have invited four guests, to spatially and chronologically build bridges, between Wünsdorf and the Middle East, between 1914/18 and 2015/16.

The artist Judith Raum (Berlin) is talking about her research investigations into the work of the Berlin Nachrichtenstelle für den Orient (Intelligence Bureau for the East) during the First World War, as well as about her own artistic processing of this research in her installation Geeignete Lektüre (Suitable Reading).
The economic specialist for the Arab world Alexander Flores (Hochschule Bremen) will look at the First World War in the Middle East, its immediate consequences for the region, as well as the effects up into the present day.
And the archaeologists Susan Pollock and Reinhard Bernbeck (Freie Universität Berlin) will report on their excavations on the former site of the Halfmoon Camp in 2015, on the significance of their finds, and the situation on site, where the excavations and the building of a reception center for refugees were planned for the same time.

How did the propaganda activities within the scheme of the German ‘Jihad program’ for the Wünsdorf Halfmoon Camp and the German ‘news (i.e. intelligence) rooms’ in the Ottoman Empire relate to each other? Which political promises were made in the Middle East during the First World War, and what did the reality look like afterwards? Was there a relationship between the developments back then and today’s conflicts and wars in the region? What do the finds of the excavations on the site of the Half-Moon Camp in 2015 show and prove? What meaning does it have that at the former location of the Half-Moon Camp now live refugees, among them many from the Middle East? How do we make that a topic?

These and other questions will be raised and discussed on the closing evening of the exhibition.