The stories of the many Indian soldiers who fought in the First World War with the British Empire have been almost entirely forgotten. Roped in by the British to help halt the German juggernaut, these men had only been trained and equipped to fight in the wars of the 19th century. Thus, the Indian troops suffered heavy casualties as they fought in the frozen trenches of Europe, and in the bloody campaigns of the Middle East, the Dardanelles, the Mediterranean, and East Africa. The Indian Expeditionary Forces would lose more than 70,000 in WWI, and many more would return home wounded.

The varying and often contradictory notes (both official and anecdotal) describing the bravery of Indian soldiers as well as their revolt make one reflect upon the legitimacy of their accounts and the representational modes of war through narratives found in individually written letters, newspaper reports, photographs and other documentation.

A Tale of Black Pepper and Red Pepper intervenes in the representation of the role of Indian soldiers, extracting texts from the official military archive in Bangalore and the Internet. It especially explores the relationship between the black and red pepper, a code word used for Indian and British soldiers respectively. 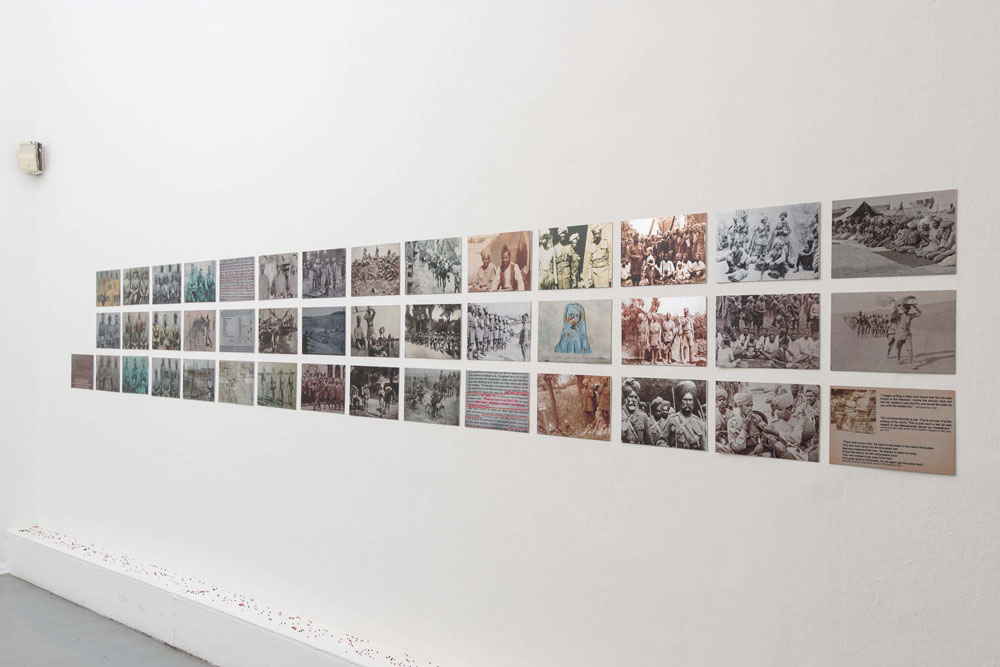 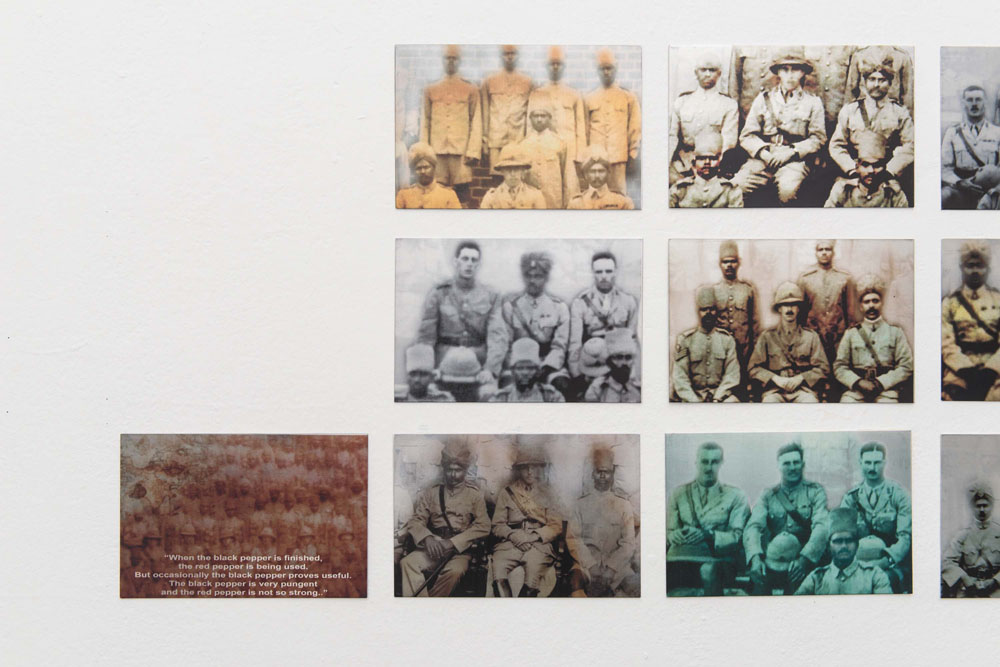 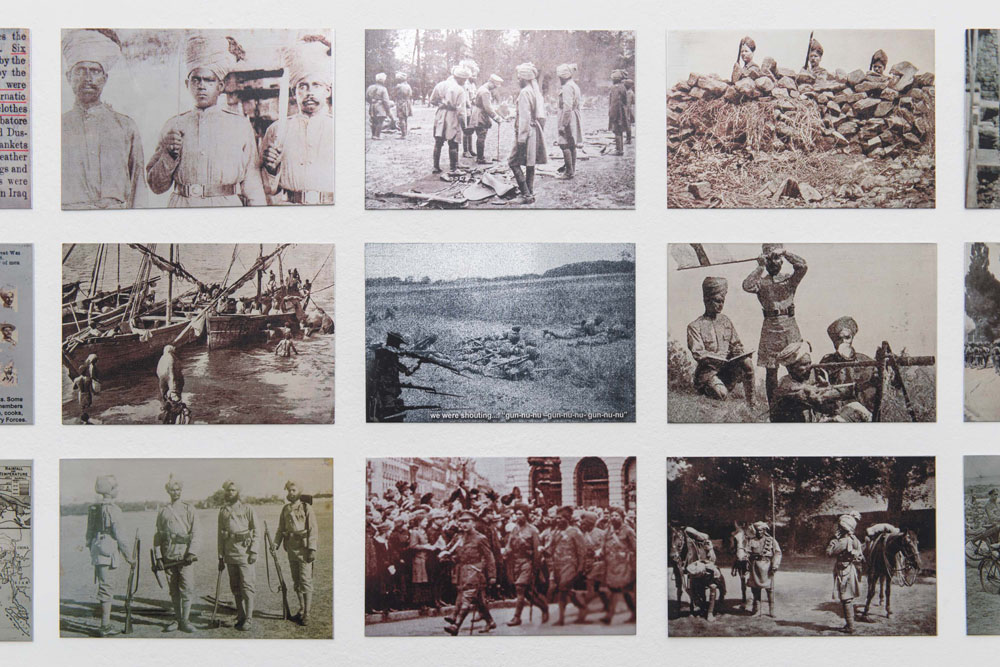 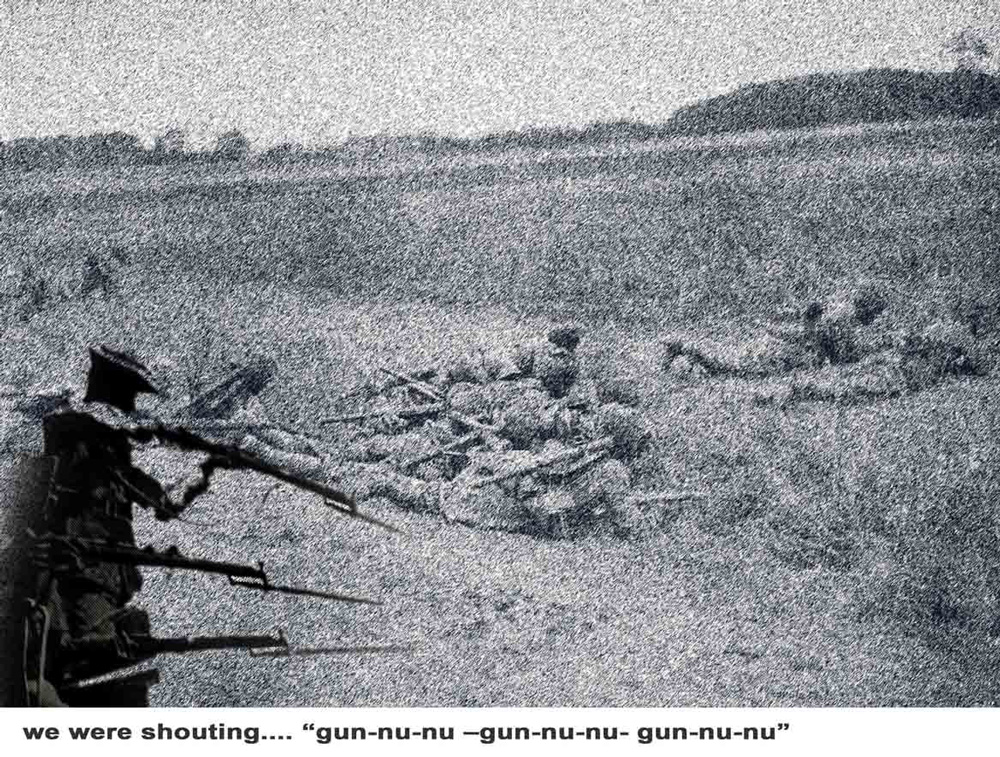 Surekha, A Tale of Black Pepper and Red Pepper (detail), 2015 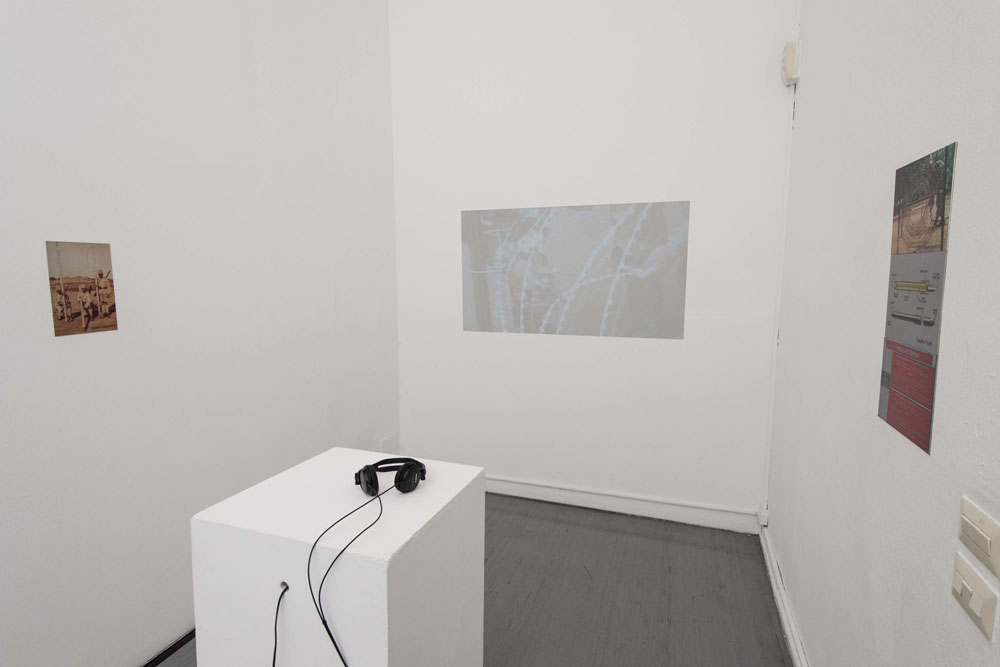 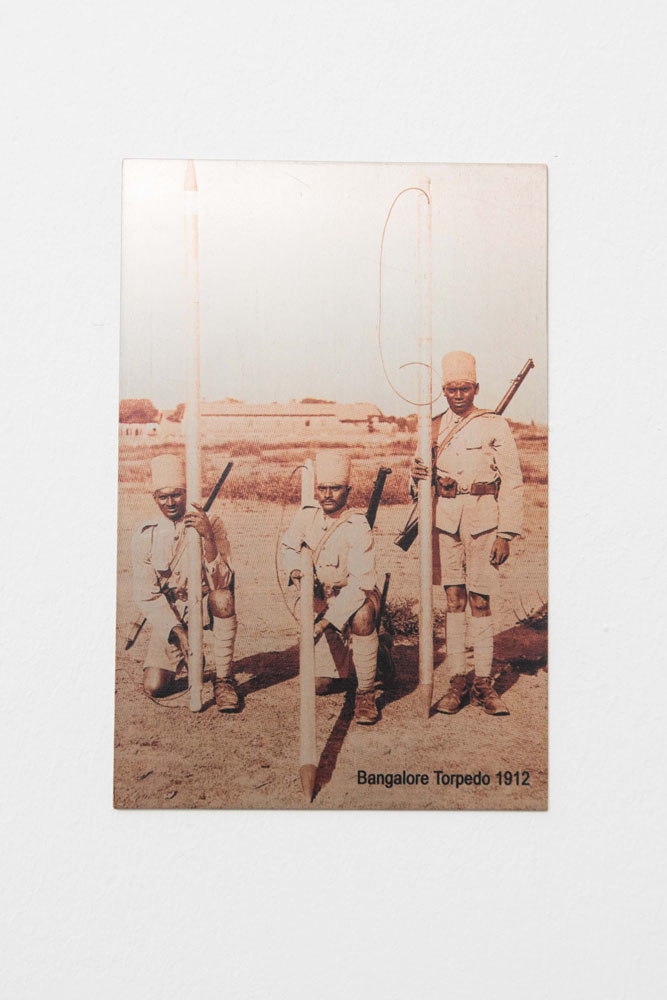 Surekha (*1965, lives and works in Bangalore, India) works with video, installation and performances, and deals with diverse topics including Indian identity, gender, ecological issues and military history. She has been exploring how artistic practice can engage with public and private spaces. Surekha often uses photography and video to interrelate the domains of archiving, documenting and performing by reflecting on how visuality can engage with society. Her works are on public display both in India and internationally.