The quilt that Risham Syed created for this exhibition comprises memories of the First World War. Printed on cloth, it depicts the Cellular Jail, a colonial prison in the Andaman Islands where the British sent their political prisoners. Below the image of the prison is an old army blanket with leaves from the peepal tree (Ficus religiosa) native to the islands scattered on it, as well as a framed painting depicting a promotional poster from WWI.

The desire for power and expansion uses people to help carry out its intentions. Those who are used know that they are being abused for these aims. The users themselves are aware of the threat that this knowledge presents, and become keen to turn it into a weapon. Thus a call to join the British Indian Army can be read also as a recall of the people’s uprising and their suppression.

Risham Syed brings contextual memories of colonial soldiers into her work in order to un-frame the actions and narratives of power: The blankets of the sepoys are steeped in images of a prison where soldiers’ own relatives and neighbors would be sent if they ever reacted against the system. The voices of colonial soldiers are from those taken prisoner in Europe – what they reveal is the unsaid; what the blankets reveal is what the British regime deliberately kept hidden. 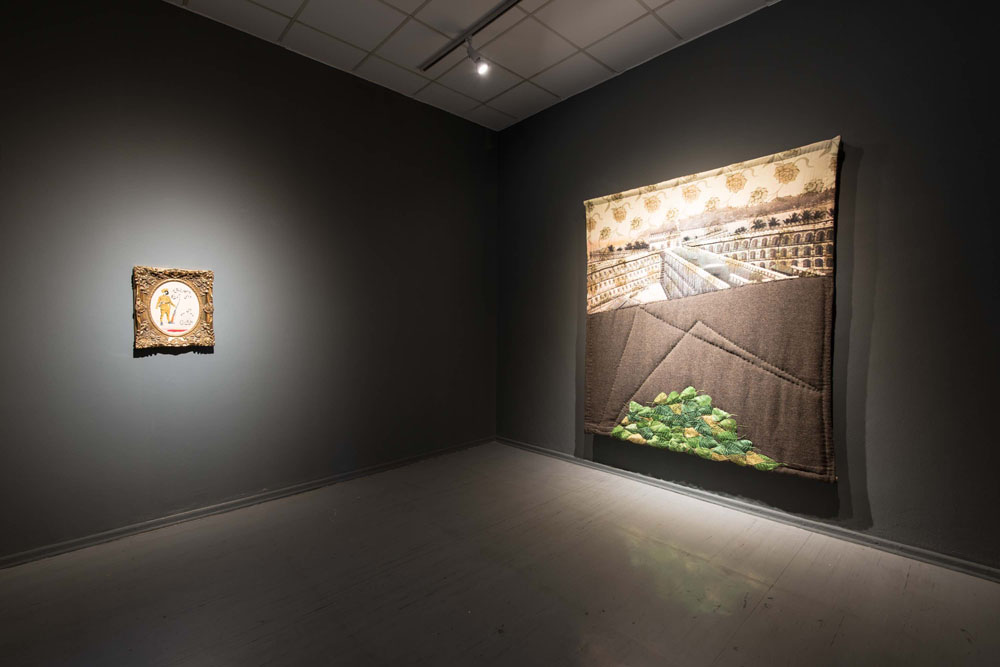 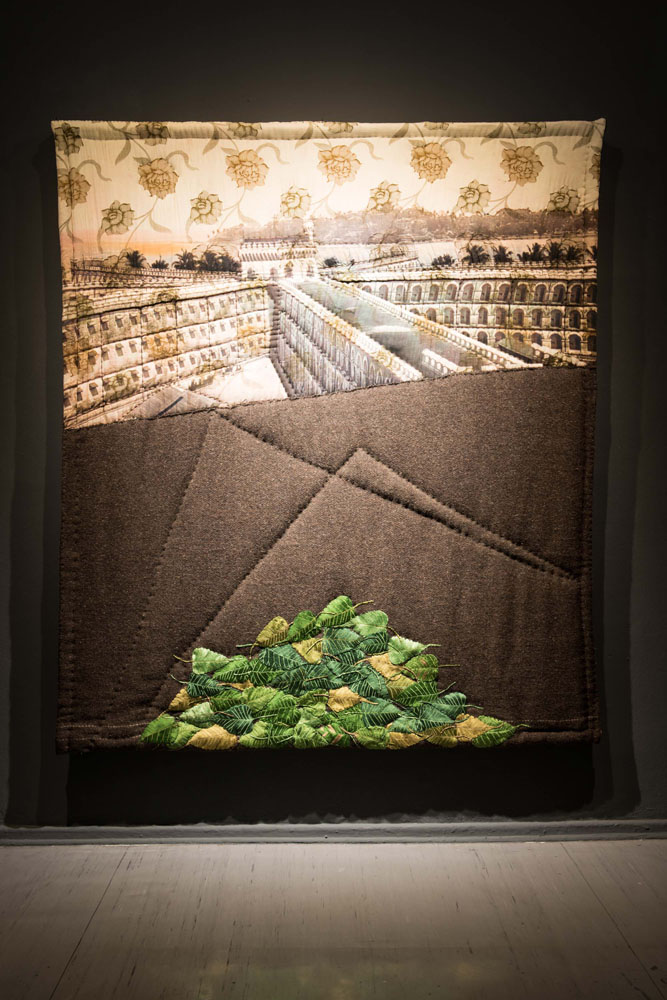 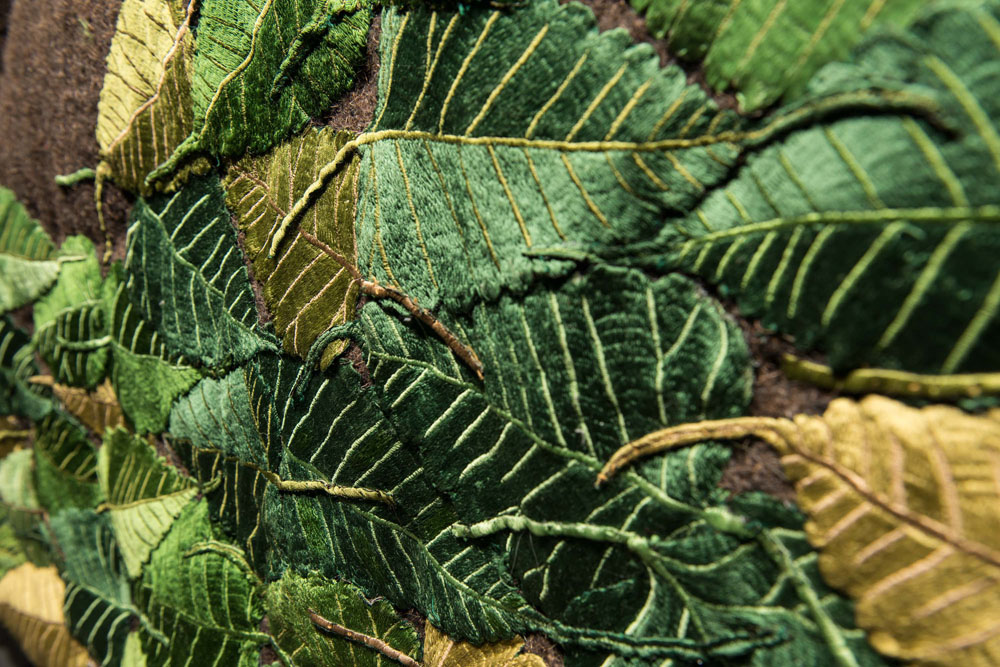 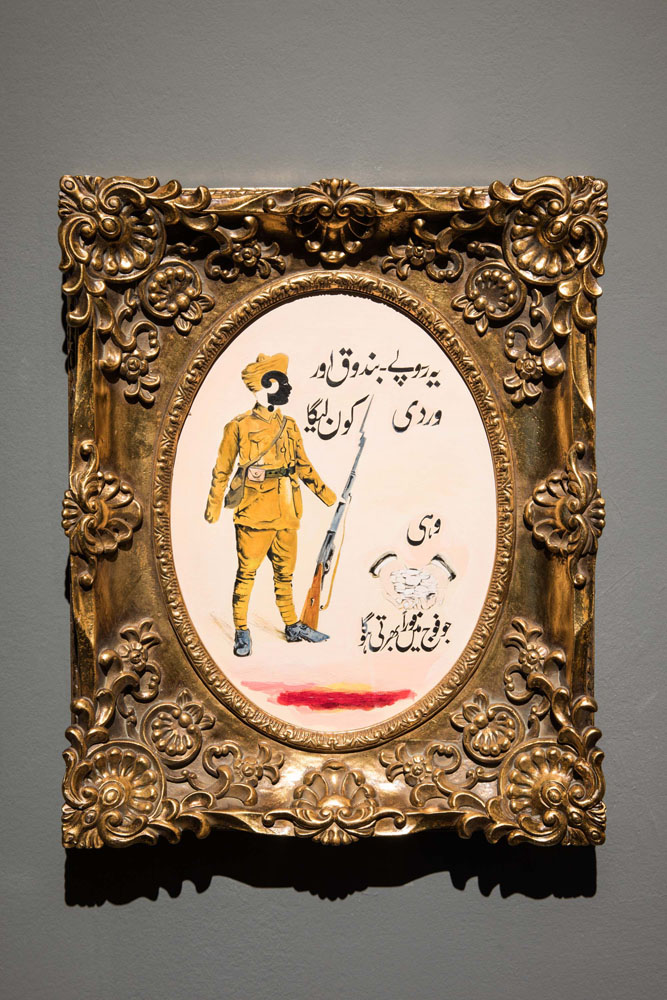 Risham Syed (*1969, lives and works in Lahore, Pakistan) studied painting and traditional miniature painting at the Royal College of Art, London, and the National College of Arts, Lahore. She works in mediums as diverse as drawing, embroidery, painting, weaving and quilting, and critically focuses on the remains of cultural/historical inheritance and its perceived authenticity in present-day Pakistan. Syed’s work has been shown nationally and internationally, including recent solo shows at Gandhara Art Space, Karachi (2016); Canvas Gallery, Karachi (2014); Project 88, Mumbai (2013); and Talwar Gallery, New York (2010). She teaches at Beaconhouse National University, Lahore.