The first are folk songs sung by the mothers, wives and sisters of Indian soldiers living in the Punjab, pleading with their menfolk not to go to war. The antithesis of war songs, these ballads – recorded by the artist with folk singers in Pakistan – tell stories of longing, loss and the absurdity of war.

The second are the unheard voices drawn from letters written by Indian soldiers to their families from the front. Censored because of their frank accounts of the horrors of the war, these letters never reached their addressees. Memorial to Lost Words gives voice to these lost letters through a freshly composed song by poet Amarjit Chandan, commemorating the lives of these forgotten soldiers through a profoundly oral tradition. 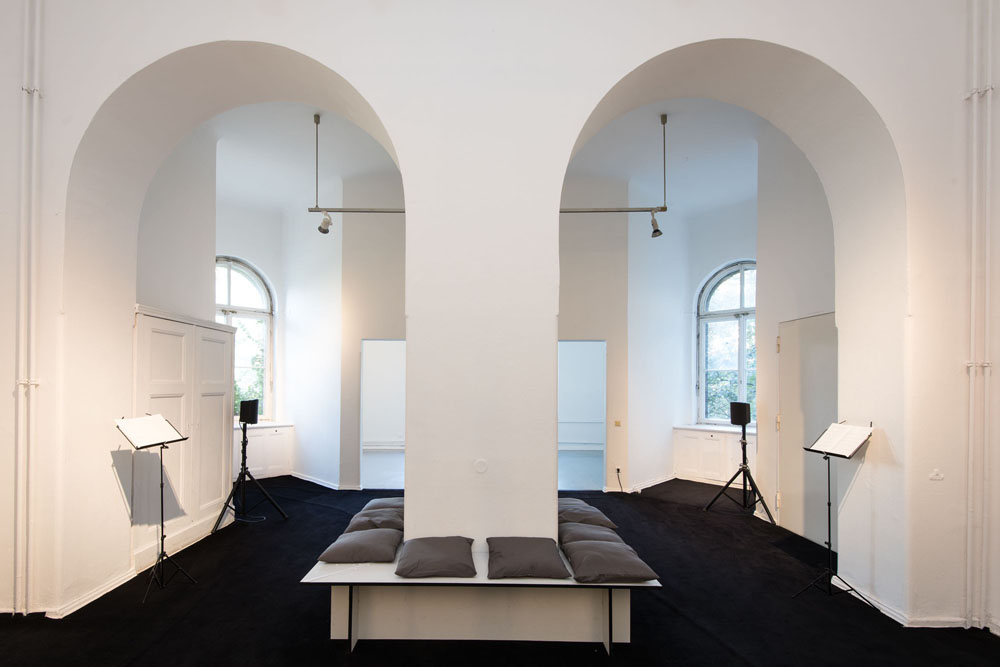 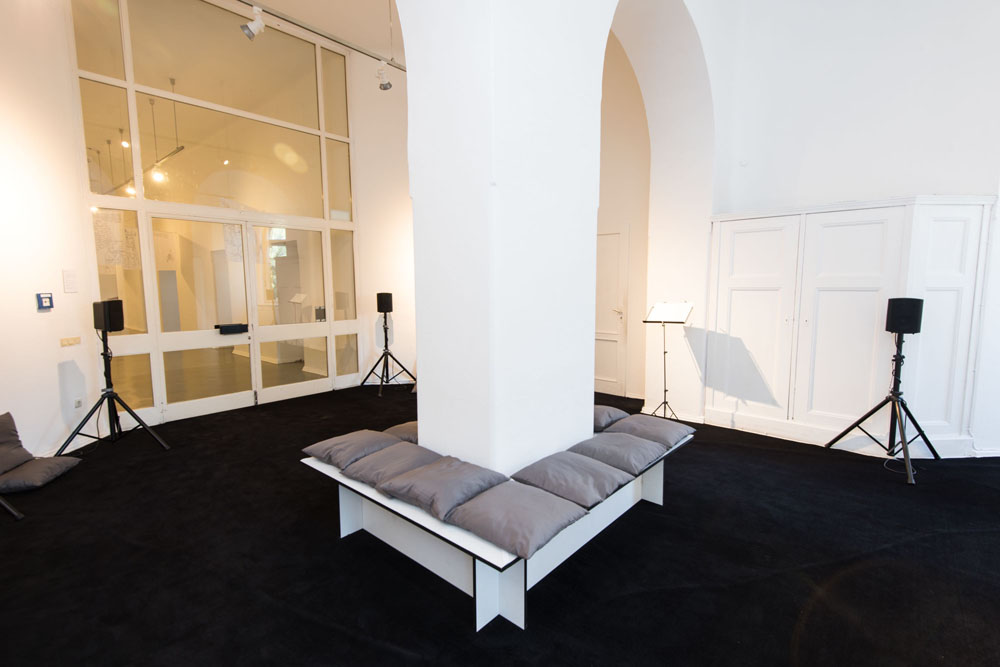 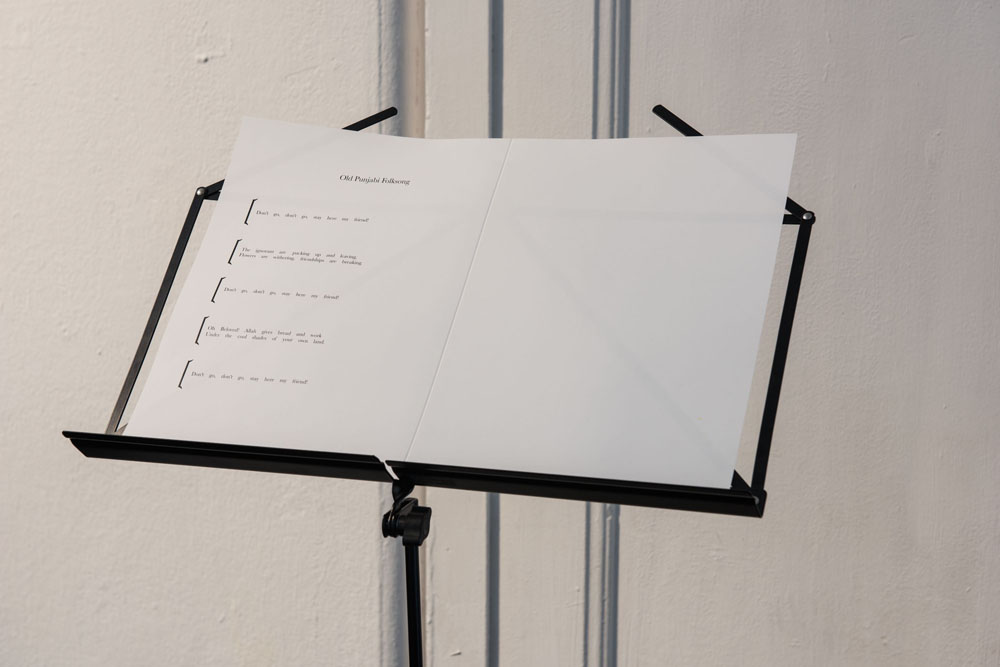 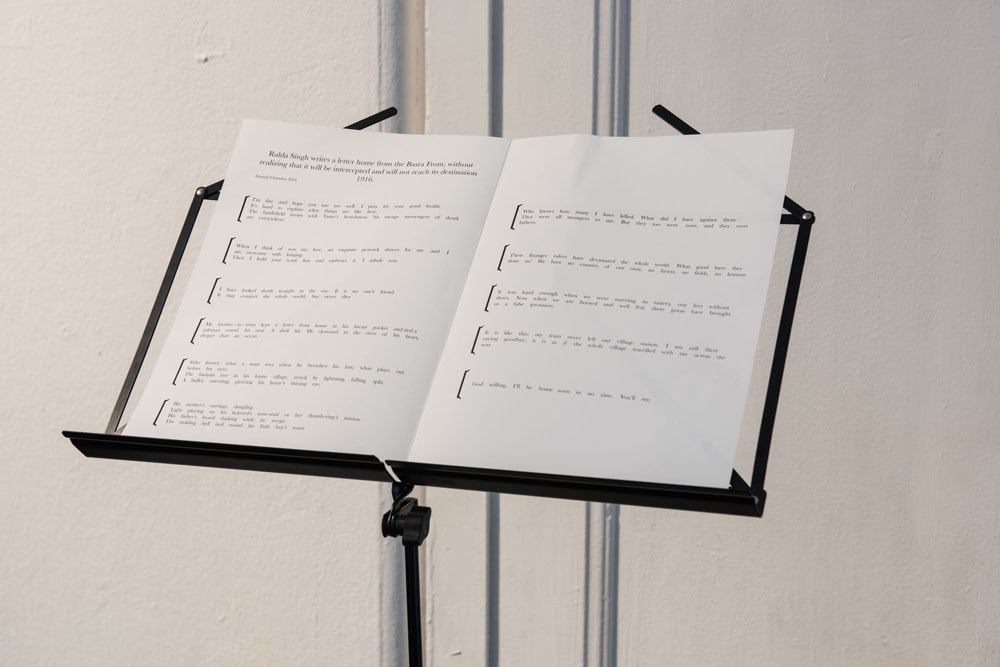 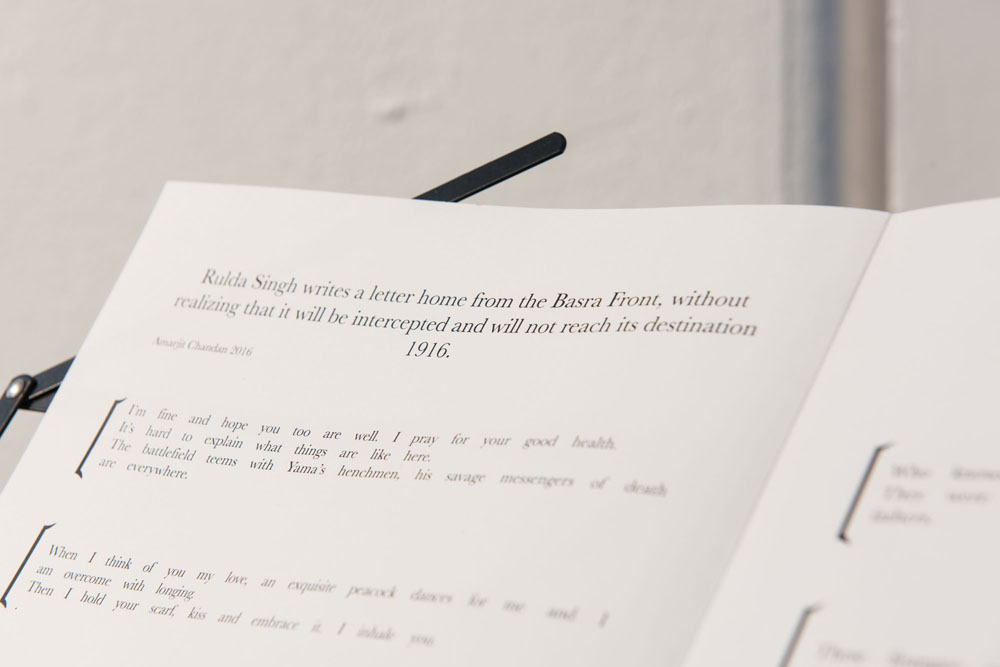 Bani Abidi (*1971, lives and works in Berlin, Germany and Karachi, Pakistan) works with video and photography, often using humorous and absurd approaches to take a stand on political and cultural topics. Her work has been shown internationally at a variety of locations in solo and group exhibitions: Experimenter, Calcutta (2016); Dallas Contemporary, Dallas (2015); the Berlin Biennale (2014); the Guggenheim Museum, New York (2013); and the dOCUMENTA 13, Kassel (2012). In 2011/2012 Bani Abidi was an artist in residence at the DAAD in Berlin.