In Boots/Pyramid (1991), Ayisha Abraham explored her grandfather Iswariah Andrews’ role in the British Army during the First World War in Mesopotamia by deconstructing a found picture of him and presenting it in fragments.

Now, for this Berlin exhibition, Ayisha Abraham extends her research into the archive of Iswariah Andrews (1888–1965) where memorandums, exit and entry passes, resignation letters, certificates of shorthand typing, recommendation letters, and envelopes posted from Berlin with the stamps torn off were all found in a family trunk, serving to reconstruct and ground her grandfather’s story with facts.

Iswariah Andrews had reversed his first and last name in order to give himself a Christian surname. It was through this simple act that he accessed better treatment in the form of food rations, and a generally higher social status within the British Army. He was also given a privileged position in the hierarchy of the group photograph that was the object of inquiry in Ayisha Abraham’s first work.

The documents from this private archive become textures in a series of images that might now seem alien. They become abstract marks, traces of events that unfolded at another point in the strange constellation of history and the distant past. The written words and lines float to the surface to compose a playful image, “almost like that of a ghost that returns to haunt.” (Ayisha Abraham) 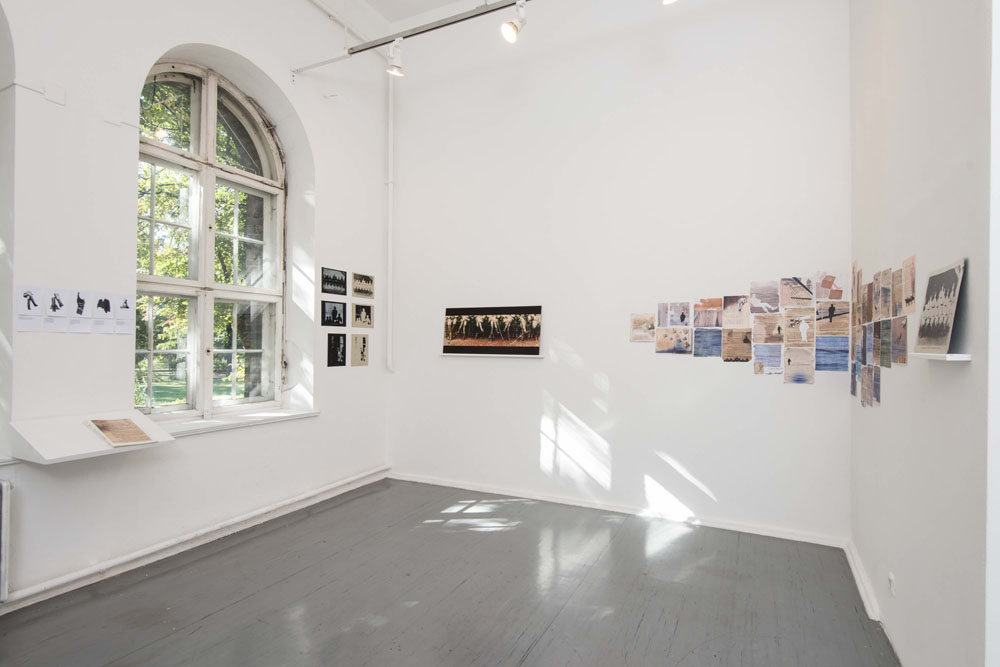 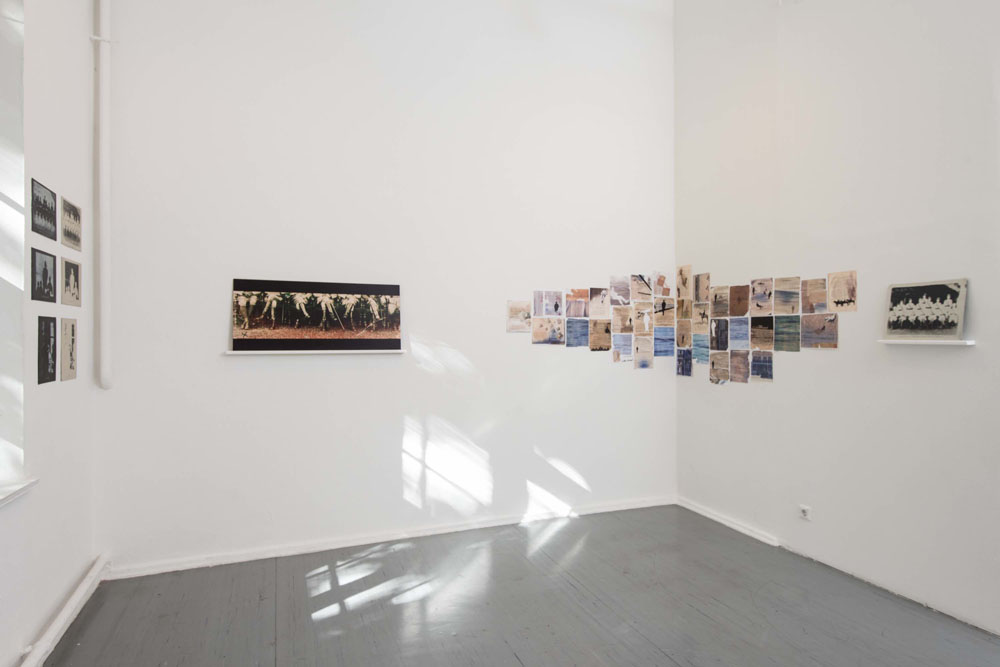 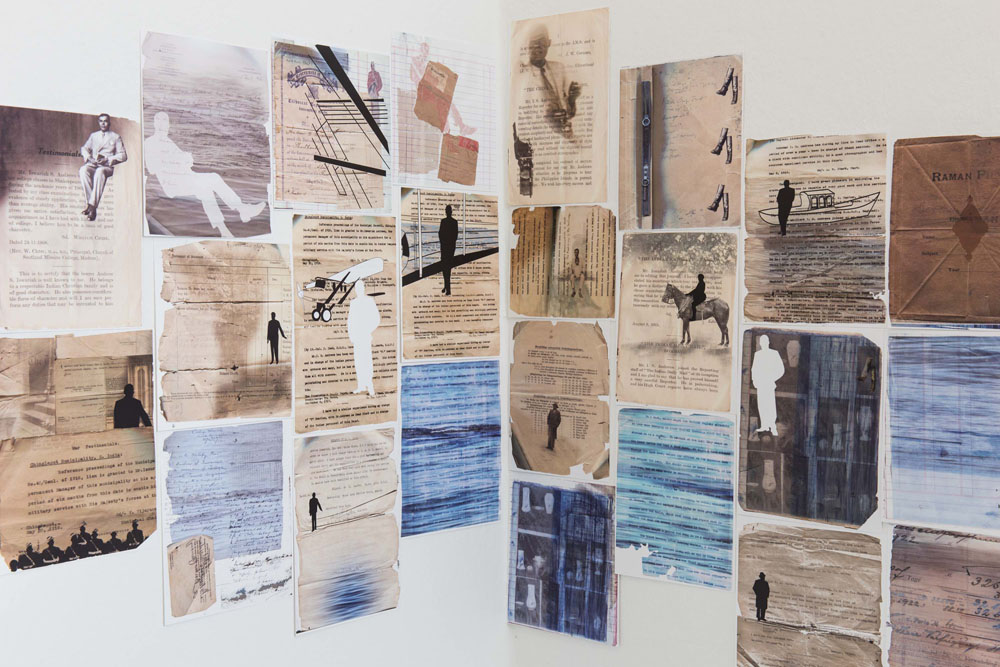 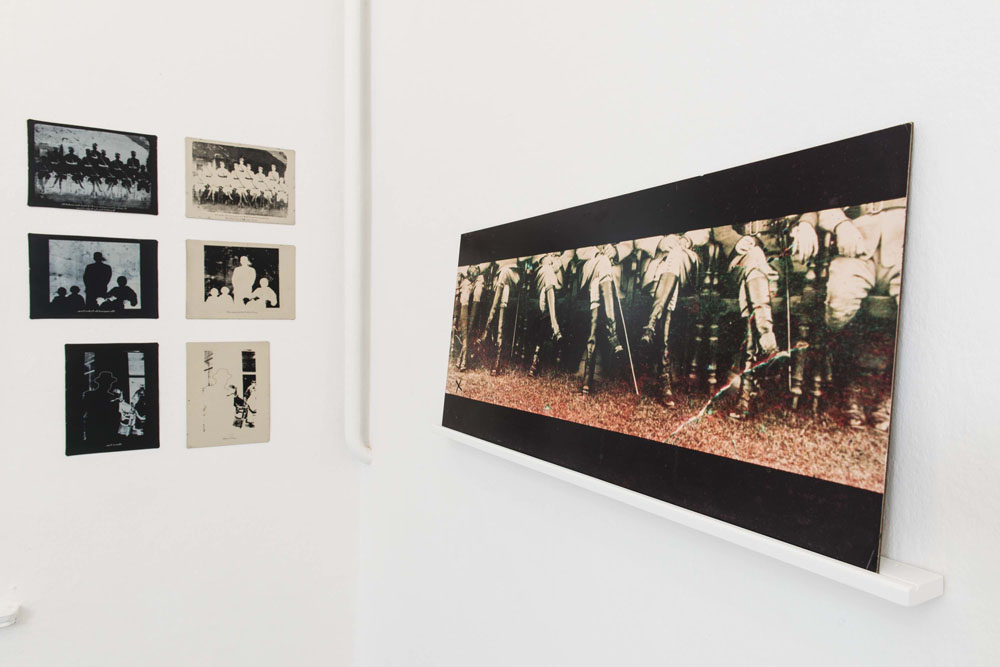 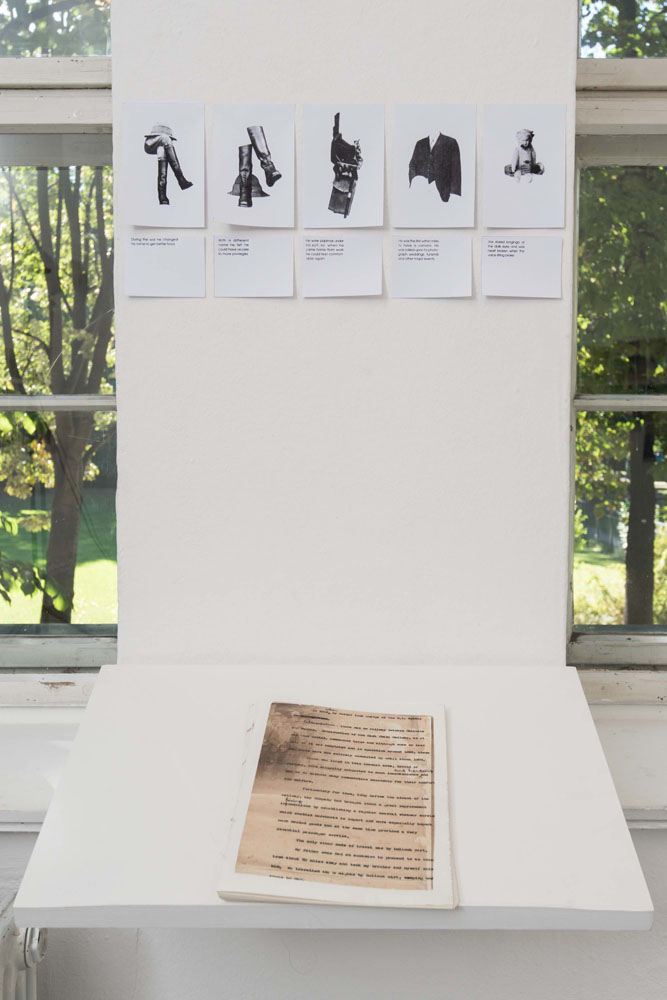 Ayisha Abraham (*1963, lives and works in Bangalore, India) is a short filmmaker and installation artist. She has studied painting in India and the United States. Her work has been shown at numerous international exhibitions and festivals including The Directors’ Fortnight, Cannes (2007) and Ars Electronica, Linz (2005). Abraham is a member of the artist collective BAR1 (Bengaluru Artists Residency One) and works at the Srishti Institute of Art, Design and Technology in Bangalore.