On November 11, 1928, French sculptor Paul Landowski unveiled his Monument to the Dead, an imposing sculpture proudly stationed in central Algiers, commissioned by the French authorities for commemorating the deaths of both French and Arab soldiers in the First World War.

Fifty years later, on the occasion of the All-Africa Games in 1978, the authorities of Algeria appointed the Algerian artist M’hamed Issiakhem to “hide this offending sculpture.” He thus constructed a “sarcophagus” for this monument, this colonial debris.

Highly intrigued by the story, Amina Menia, part of the third generation of artists engaging in a dialogue with this public monument, created Enclosed in 2013, a work that explores a silent dialogue between these two artists who have both left a strong imprint in Algiers. By revisiting their unique gesture, she draws attention to these interlocked memories, underlining their discreet realities and unseen details, and creating links where dots were left. 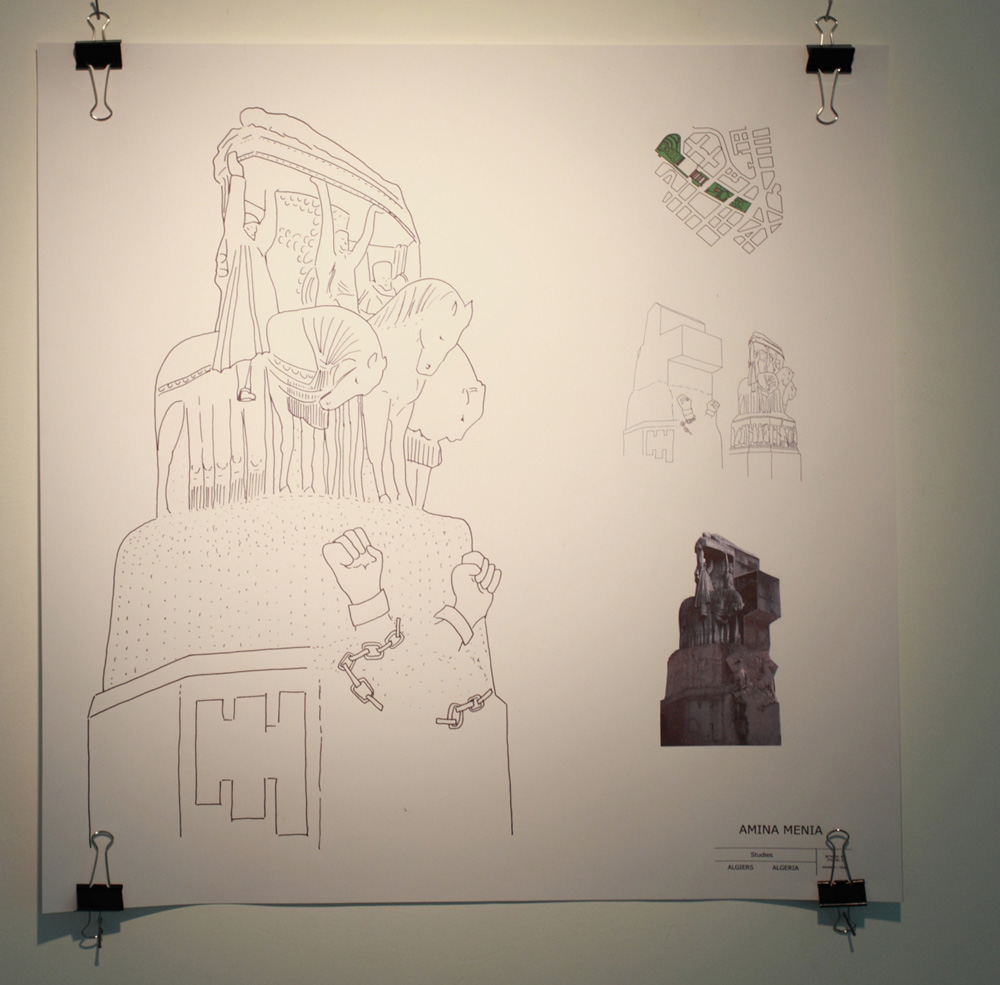 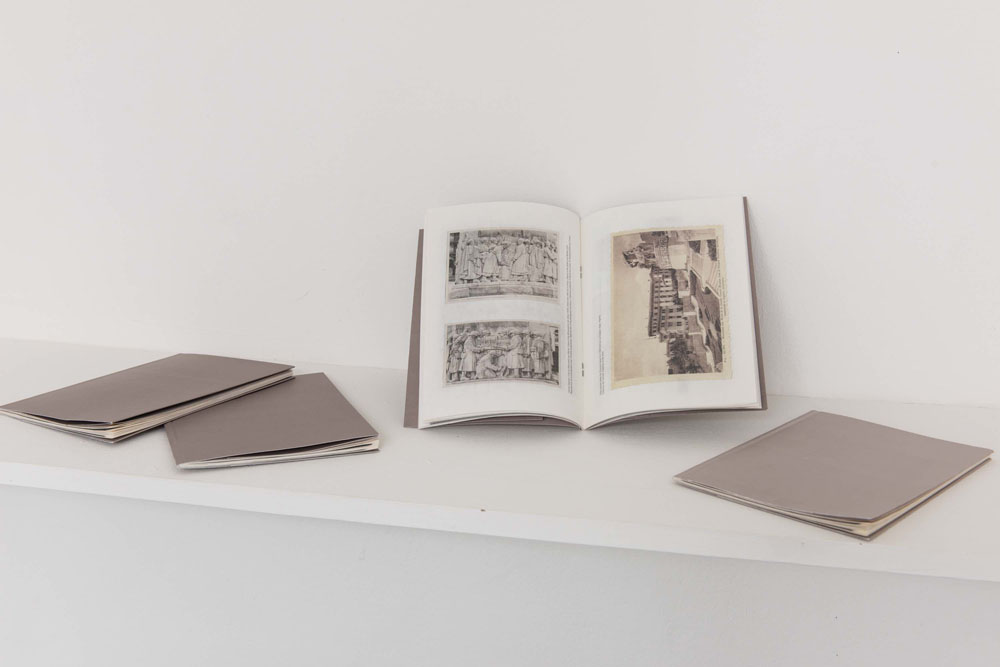 Amina Menia’s (*1976, lives and works in Algiers, Algeria) work questions the relation between architectural and historical spaces, and challenges conventional notions around exhibition spaces. Her artworks are crossovers between sculptures and installations that trigger interactions with viewers and passers-by through their socio-spatial configurations. Her work has been shown in numerous national and international solo and group exhibitions, and she has taken part in numerous biennials, including the Triennale Brugge 2015. In 2012, she undertook a residency in Marseilles, working on the common architectural heritage of Algiers and Marseilles.