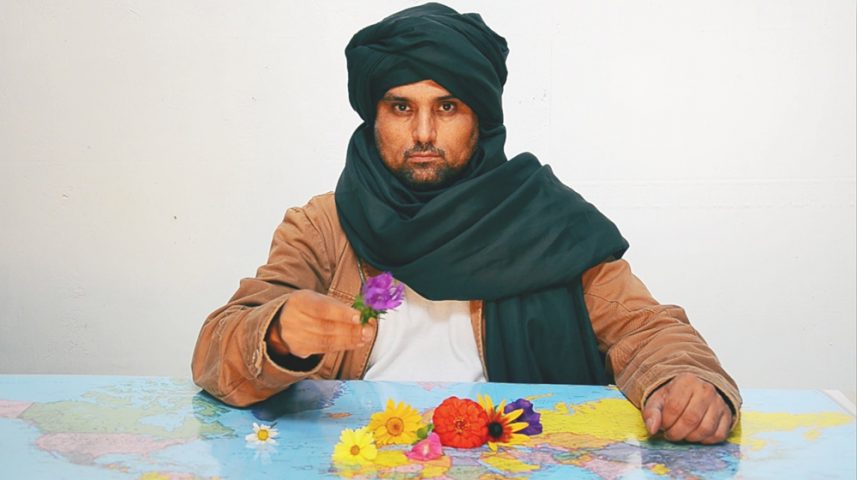 digging deep, crossing far presents contemporary artistic positions on lesser known narratives from the First World War. These positions add a global perspective to Western history, and begin in a Great War camp at Zossen-Wünsdorf (Germany) where non-European prisoners of war were held. This camp is the exhibition’s sounding board for further discourse and artistic engagement.

The search for answers to the complex history of the ‘Halfmoon Camp’ first led the project to Bangalore, Kochi (India) and Karachi (Pakistan). digging deep, crossing far has now returned to Berlin, to the place where the ‘Halfmoon Camp’ was first conceived in 1914 as a part of a jihadist program.

The artistic contributions to digging deep, crossing far raise questions about scenes of war beyond the Western Front, about religious and nationalist propaganda, about the History of Science, and about Germany’s relationship with Islam.