the reduced history of the first world war, 2015

Drawings and text, printed on cloth

Sarnath Banerjee’s the reduced history of the first world war outlines the history of Indian soldiers’ involvement in the First World War. His fine black-and-white drawings show Indian sepoys completed by short descriptions. The plates range from explanatory to emblematic, e.g., the German emperor Wilhelm II himself standing at the bed of a wounded Indian prisoner of war trying, as it says in the description, to turn the soldier against his British master.

The installation raises questions about untold stories; it is, says Sarnath Banerjee, “about the hundreds of thousands of books that have not been written about the Indian soldiers’ experience in the war.” Because “silence,” says another plate, “is the sepoy’s most enduring trait.” 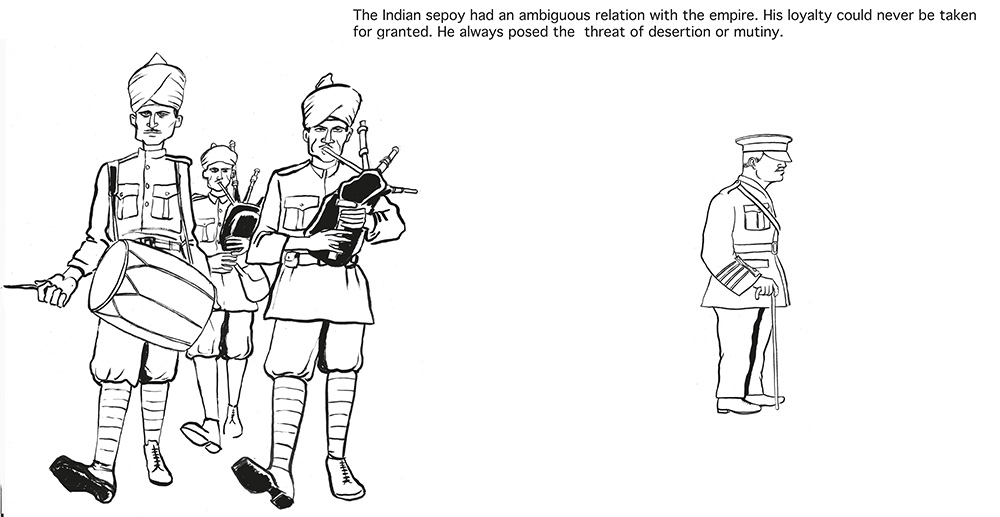 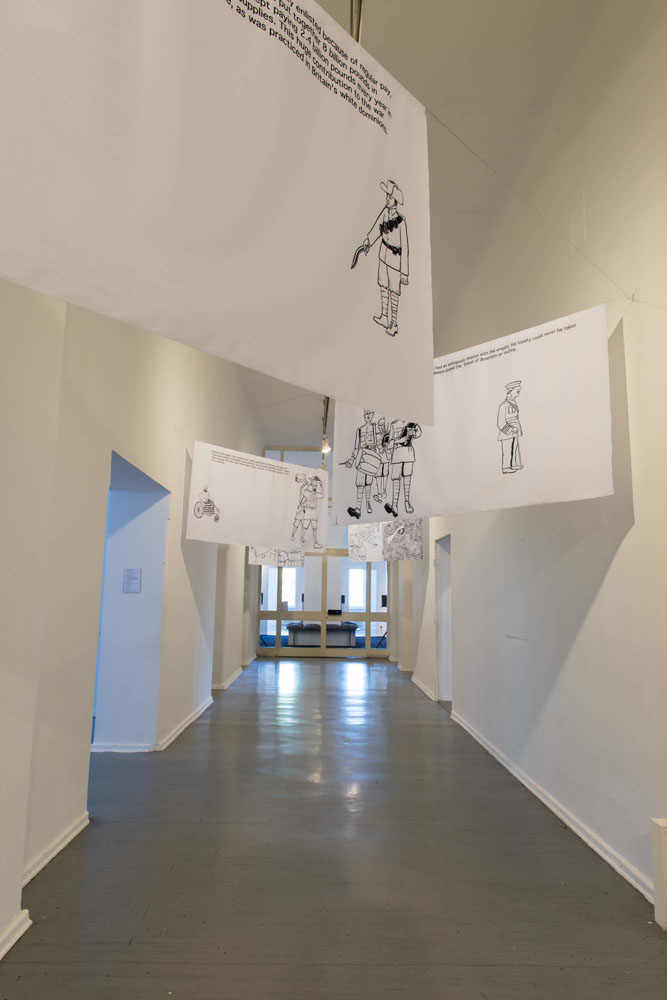 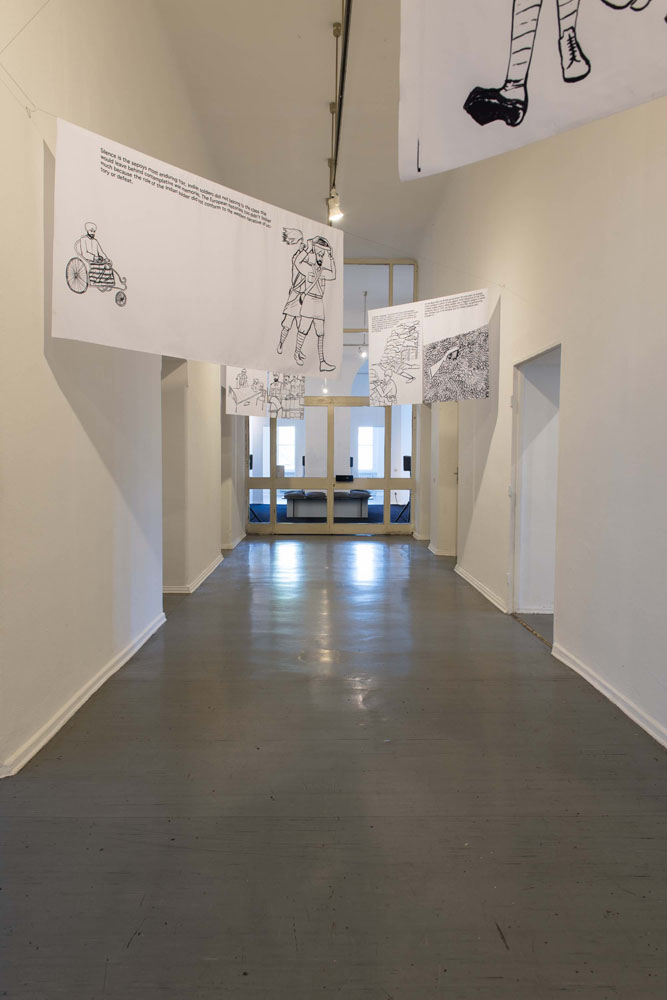 Sarnath Banerjee (*1972, lives and works in Delhi, India and Berlin, Germany) is a comic author, illustrator and publisher. After studying visual communications at Goldsmiths College, University of London, he published the graphic novels Corridor, Barn Owl’s Wondrous Capers, and Harappa Files. His current book, All quiet in Vikaspuri, about the water wars of Delhi, was published by HarperCollins in 2016. Sarnath Banerjee’s work has been exhibited internationally.