In his installation, Gilles Aubry presents eight vinyl records containing a selection of 16 different recordings of a single ‘reference tone’ from the WWI record collection of the Humboldt University Berlin Lautarchiv. Initially produced with a 435 Hz pitch pipe, this reference tone was added at the end of each prisoner’s voice recording in order to allow for the fine-tuning of the playback speed afterwards, as there was no standard recording speed at the time.

Though all records from the collection had their playback speed adjusted for the digitization process in 2004, the tones are presented here as they sounded – without speed adjustment. The differences in pitch and texture become audible by comparison when playing the records over three turntables. By revealing such material differences, this work questions the fabrication of scientific evidence and the decisive, interpretative role of the listener.

Shellac samples of various colors and qualities are also presented in the installation as they can be found in the industry today. Harvested from insects native to India and Thailand, shellac was imported to Europe, where it was refined and used for the production of records such as those in the Lautarchiv collection. As a raw material, shellac was part of a colonial trade system, for the defense of which the colonial soldiers recorded in the Lautarchiv were forced to fight during WWI.

In the installation shown at Digging Deep, Crossing Far_ 1st Encounter: Bangalore and 2nd Encounter: Karachi, Gilles Aubry opposes on two tuning forks the Lautarchiv’s ‘reference tone’ to the OM frequency which is used in both the Hindu philosophical tradition and Western esotericism, and is derived from the rotation speed of the Earth around the sun.

The record on the turntable starts with the reference tone, an A piano note, followed by a music recording in Hindi from the Lautarchiv. The original recording slows down gradually until it reaches a playback speed corresponding to the OM frequency. Through this operation, the record­ed voice shifts from an object of scientific study to a subject of contemplation and meditation.

In addition, a synthetic English voice can be heard reciting a list of words that have been translated from evaluating the prisoners’ voices as recorded by German scientists. As the technology of speech synthesis is a product of linguistic sciences and, indirectly, of research such as that carried out in the WWI camps with recordings, the synthetic voice appears as a technological organ commenting on its very own inception. 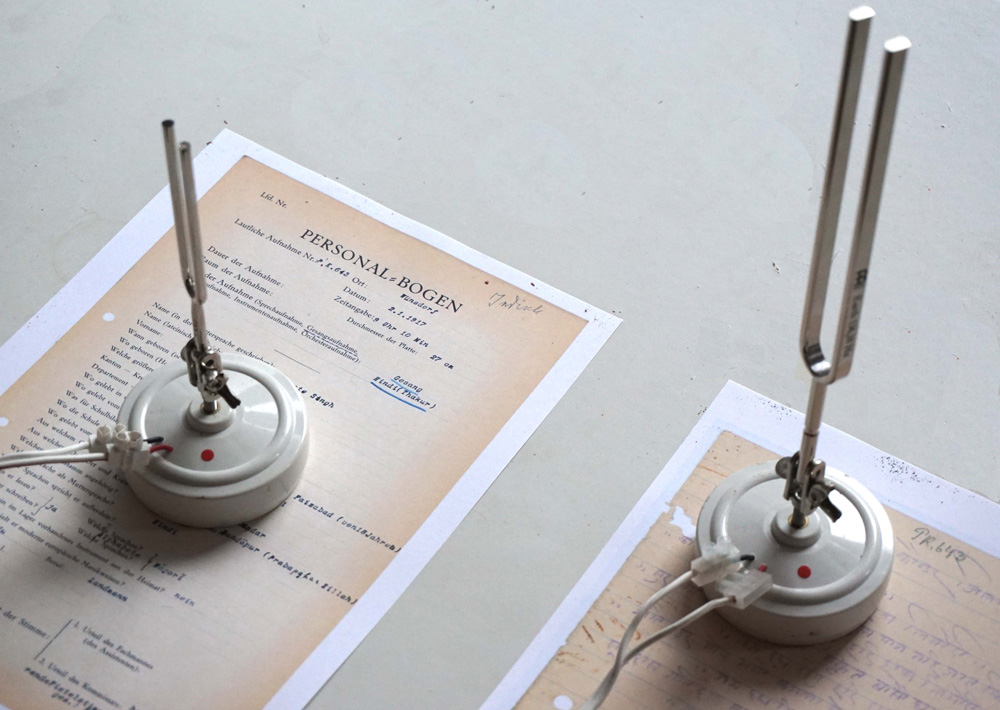 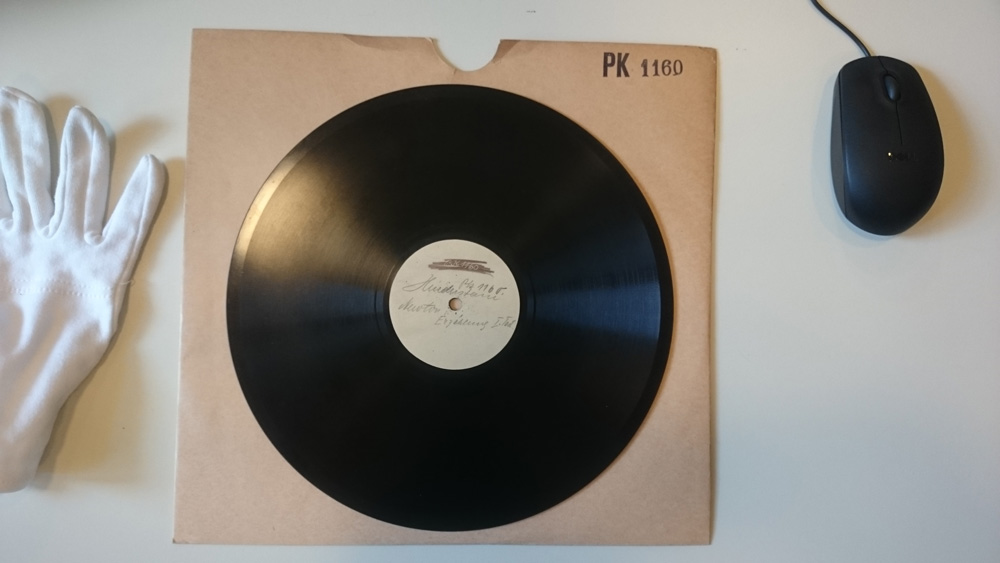 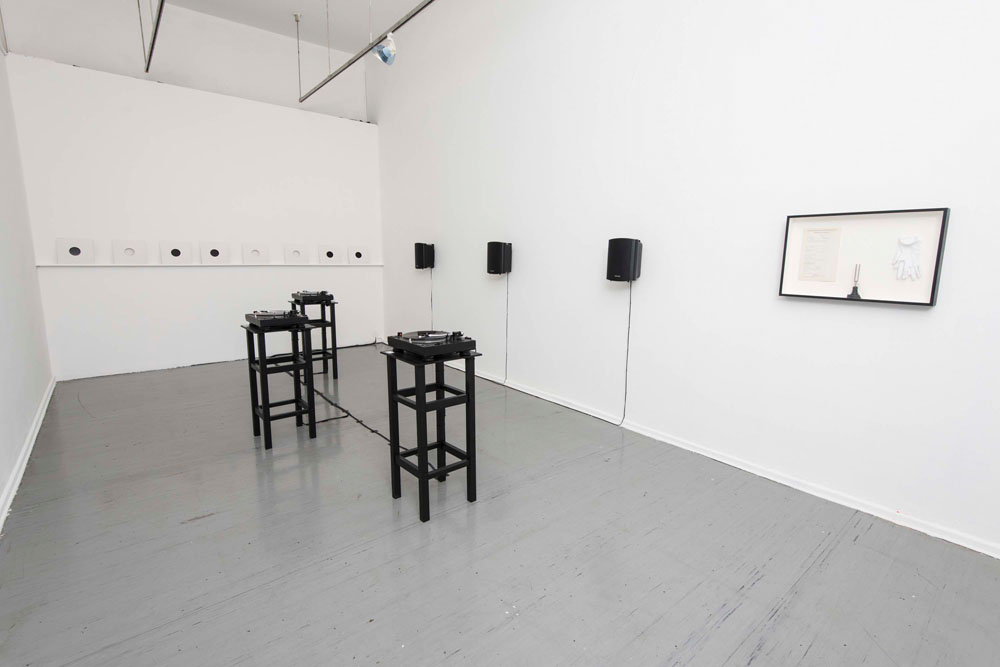 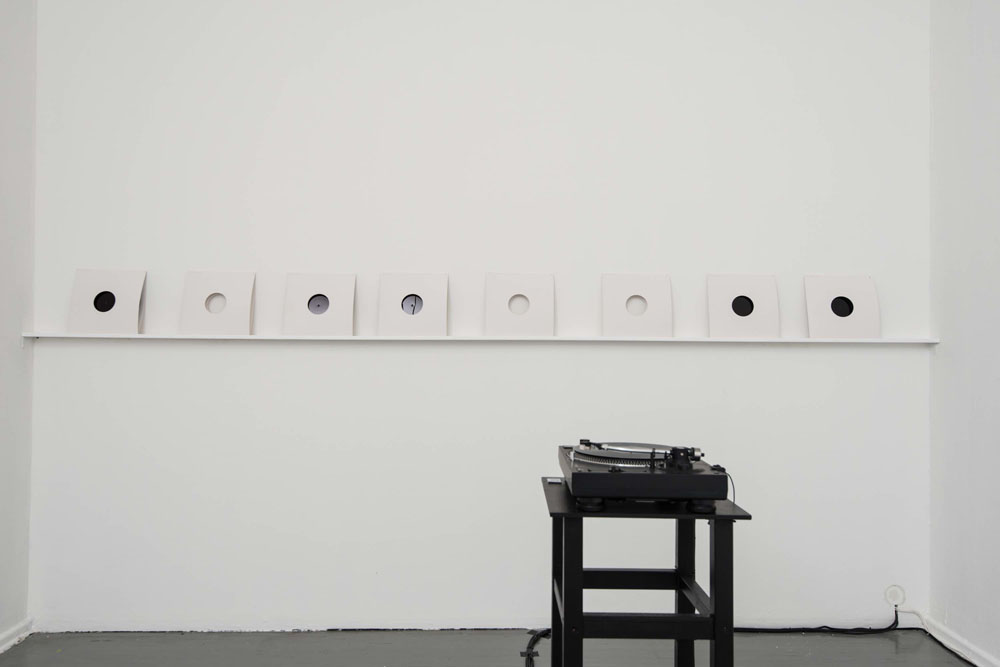 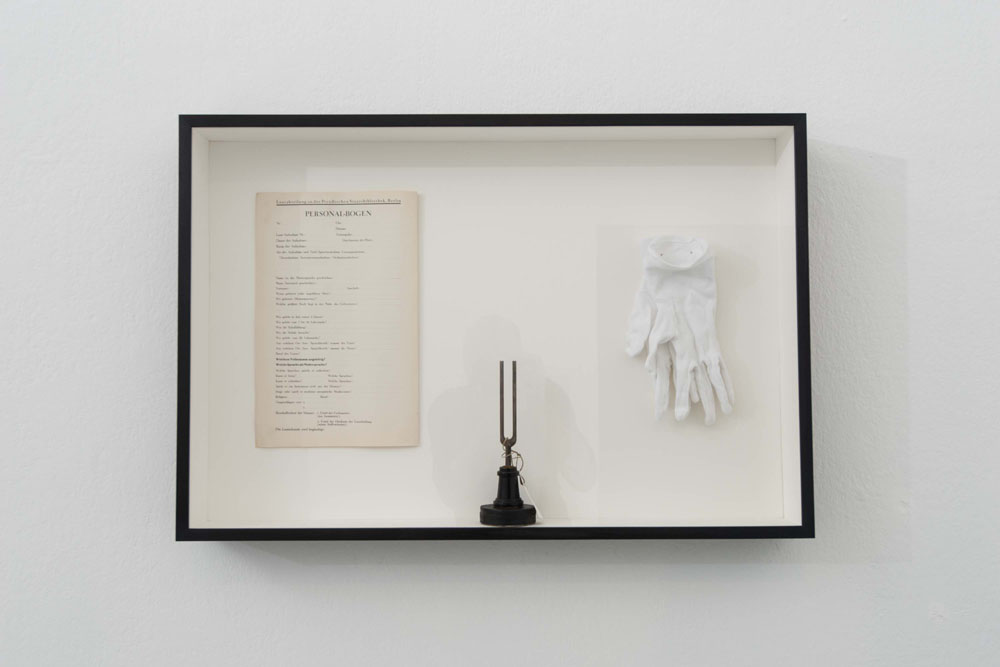 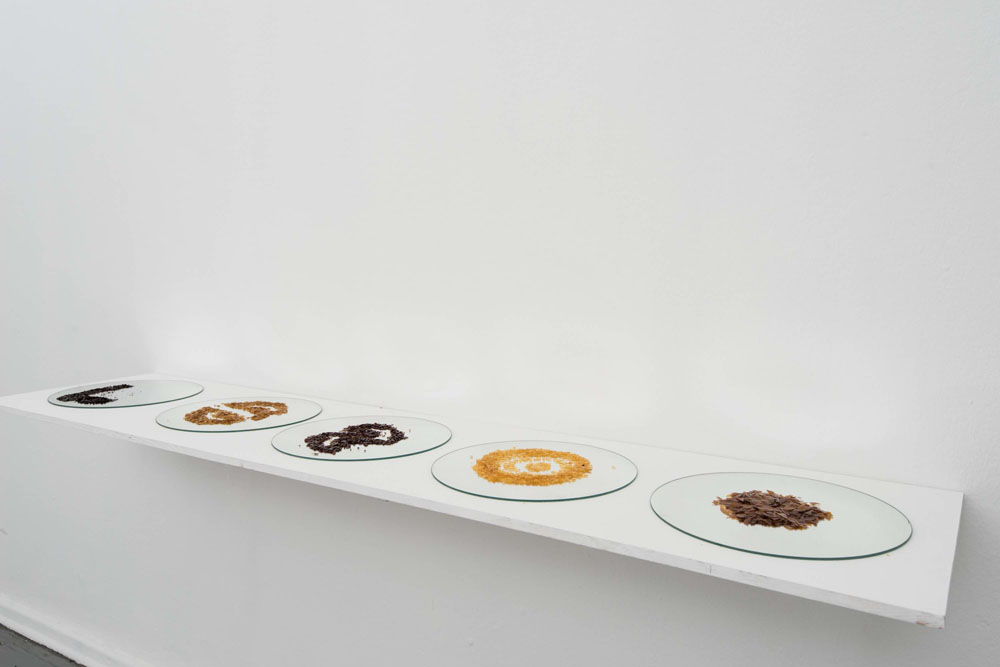 Gilles Aubry (*1973, lives and works in Berlin, Germany) is a sound artist and researcher. His practice is based on an auditory approach to the real, informed by research on cultural, material and historical aspects of sound production. Gilles Aubry frequently combines audio sources such as location recordings, interviews, music recordings and archived material, in his installations and performances. His works typically explore the relational and reflexive qualities of sound and listening, while questioning problematic aspects of cultural representations. He has toured and exhibited internationally, and is a member of the project space Errant Bodies in Berlin.