“History is not ‘was’. It is.” William Faulkner

Ayaz Jokhio’s work is titled after an essay written in 1910 by William James, an influential American psychologist and educationist. In his essay, The Moral Equivalent of War, James discusses the positive effects of war on human psychology. Warfare, he argues, gives you a sense of belonging, identity, unity, loyalty, commitment, support, activeness, alertness, expression of higher quality, and a chance to display courage, daring and skills.

Without pointing to a solution, James suggests that the human race immediately needs a substitute for warfare – one that provides us with the same positive psychological and social effect, but without the devastation. Ayaz Jokhio’s combination of war and sports imagery offers a possible answer to James’ postulation. Sport is the only obvious moral equivalent of warfare that can provide the same psychological effect. 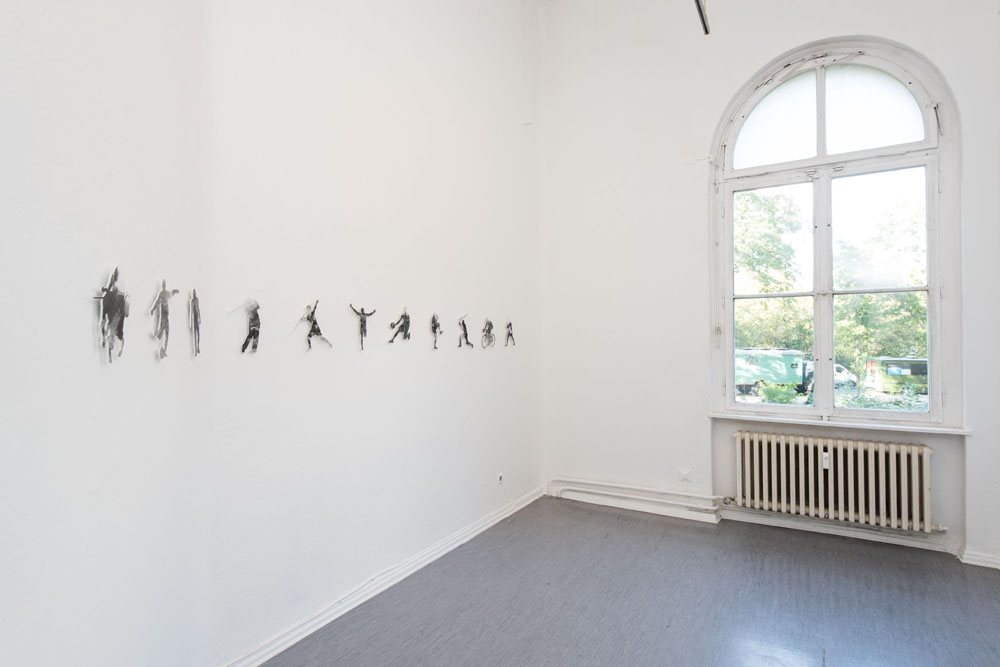 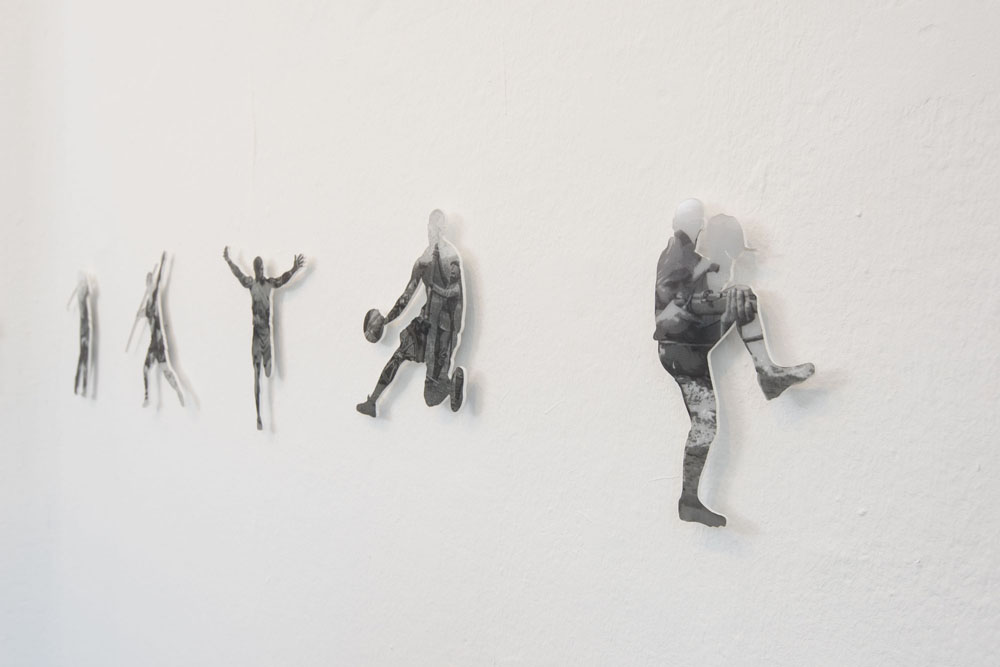 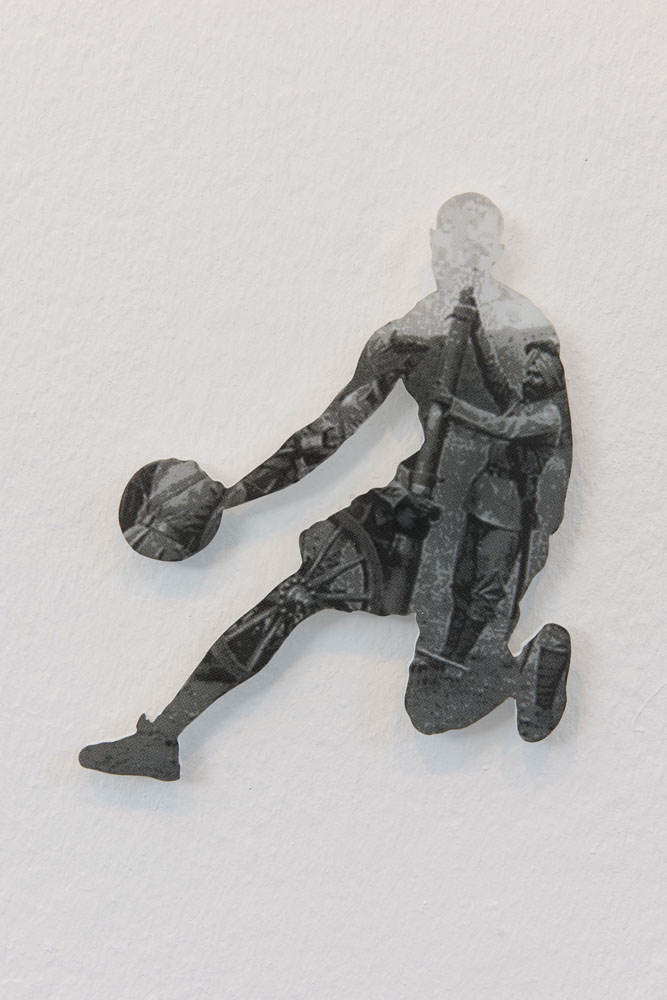 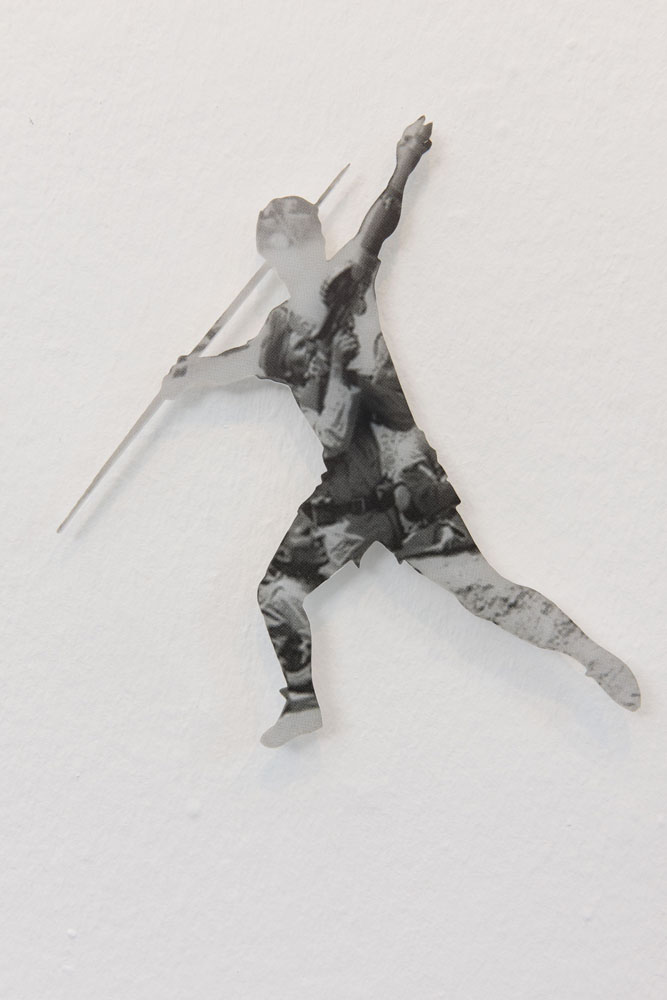 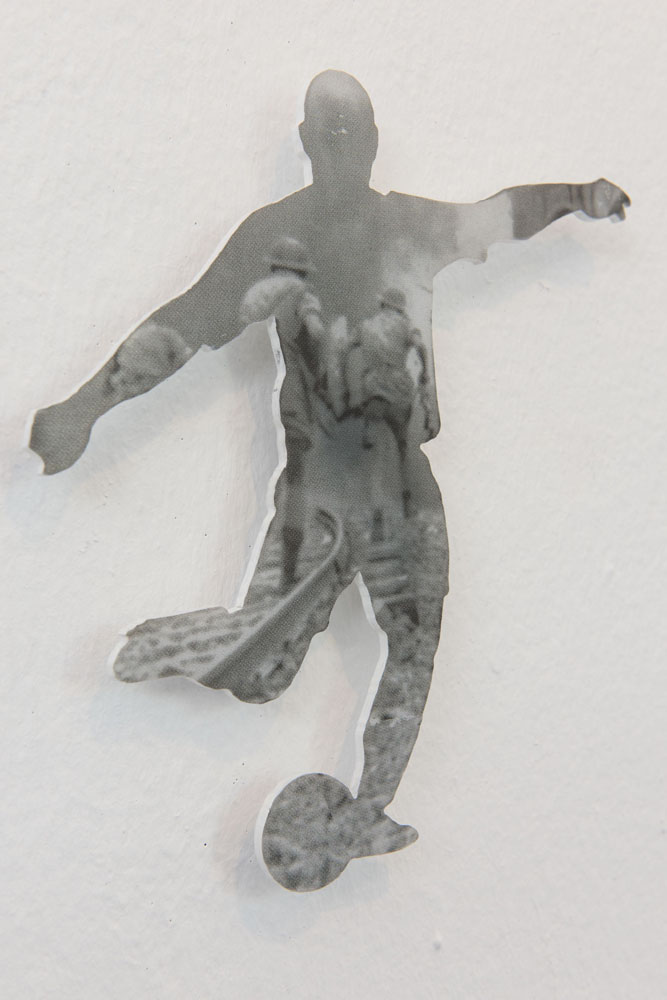 Ayaz Jokhio (*1978, lives and works in Lahore, Pakistan) uses for his artistic works an amalgamation of imagery from print media, the Internet, and popular culture along with his own observations of contemporary Pakistan. His work has been shown in numerous group and solo exhibitions in Pakistan and abroad, and he has been a resident artist in Switzerland, Germany and Japan. Ayaz Jokhio teaches at the Mariam Dawood School of Visual Arts and Design, Beaconhouse National University in Lahore.