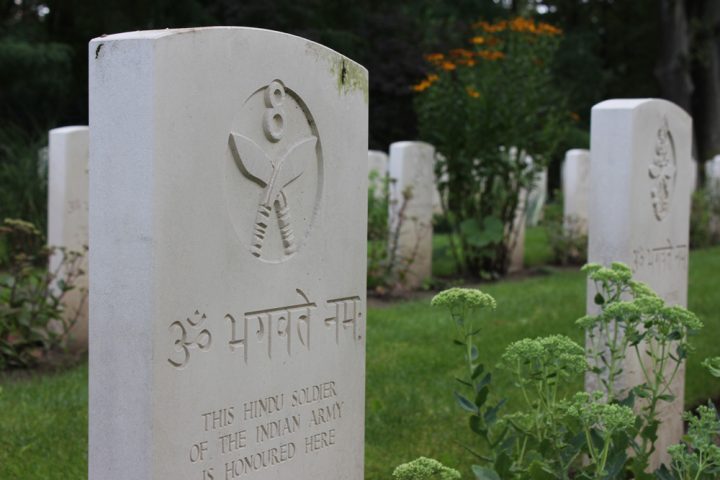 Vedica Kant (Delhi), historian and author of “If I die here, who will remember me?”: India and the First World War (Roli Books, 2015) about her publication and research – in conversation with Sarnath Banerjee (Delhi, Berlin), artist of the exhibition digging deep, crossing far.
(in English)

at Kunstraum Kreuzberg/Bethanien, in the exhibition.

About Vedica Kant’s book:
“The world changed after the First World War. Its aftermath saw the collapse of the German, Russian, Austro-Hungarian, and Ottoman empires, and the world map never seemed the same again. Though the Great War is widely considered to be a European war, it had enormous effects halfway across the world in India. At the advent of the war, the number of Indian soldiers fighting exceeded the number of British soldiers.

Because of funds reallocated to Britain’s advantage, India’s economy took a toll as well. The Indian National Congress believed that supporting Britain’s war efforts would benefit India’s move towards independence. As a result, over a million Indian men were deployed to fight for the British. Post the war, Britain’s refusal to grant India home rule created hostility among the Indians towards them. This dissent eventually paved way for the Indian independence movement, which was to emerge later.

For the first time India’s contribution to the First World War is carefully documented with details of the different theaters in which Indian soldiers took part. In addition, the authors also examine the unsettling encounters the Indian soldiers had with Europe and European culture.

What did the war mean for the political climate in India? What was it like for the Indian soldiers to fight a war they were unprepared for? Using first hand accounts such as letters home, documents from the various army archives and incredible photographs, the authors reconstruct the story of a war which was as much India’s as it was Britain’s.”